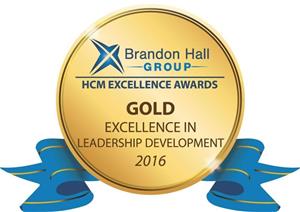 For Intuit, a leading American software company specializing in financial and tax preparation software and services, getting new managers aligned to company culture and performing at their best level as early as possible is of the utmost importance.

All elements of the journey were fully customized to fit Intuit’s needs, starting first with defining what “great” leadership looked like within the context of Intuit. To do this, BTS interviewed more than 30 high-rated and low-rated managers, plus members of the steering committee, to pinpoint what differentiates “great” from “not yet great” leaders at Intuit.

After identifying what the best leaders do and what the moments that matter are in the lives of these leaders at Intuit, the team designed pre-work 360 assessments that would be used to evaluate new managers before they attended face-to-face simulation experiences. Managers also received case studies, videos and leadership articles to review before the workshop experience.

At the core of the learning journey lay a series of simulation-based experiences, designed to be fun, engaging and educational. The simulation experiences consisted of one three-day session and a second two-day session, both designed to set participants up for success by allowing them to:

Every element of the leadership development journey was highly practical and customized. The first face-to-face session, a moments-based board simulation, focused on addressing critical moments and choices that arise in the life of an Intuit manager, while building feedback and coaching skills.

The second, shorter session, run three months later, also used a simulation but delved more deeply into the fundamentals skills of delegation. Each simulation was a team-based competition where participants faced key manager moments that occur on the job every day, made decisions to drive business results, and had fun while doing so. Participants also learned how to use practical tools such as the “SBI” Model for feedback, addressing a situation (S), behavior (B) and its impact (I).

Each simulation was a team-based competition where participants faced key manager moments that occur on the job every day, made decisions to drive business results, and had fun while doing so.”

Great Execution Back on the Job

Following each of the live face-to-face sessions, teams engaged in monthly cohort calls and participated in a virtual simulation to address additional manager challenges. “Go-Do” actions were assigned to each individual – both between simulation sessions and after the second experience – for them to practice simulation learnings back on the job, gaining real world practice and the opportunity to build change.

These “Go-Dos” included having participants share their development and values with their team and manager, learn more about the business, design and delegate a stretch assignment, and plan a “We Care and Give Back” day or activity. Four months after the second face-to-face session was completed, participants engaged in a second 360 assessment to measure their behavioral changes since the beginning of the experience.

Because the program was designed to be a learning journey, rather than singular one-off workshops, participants were set up to establish habits and drive actual changes in mindset and behaviors much more quickly than traditional leadership development approaches.

After the first group of 350 participants worked through the journey, Intuit did extensive follow-up research, including interviews, an outcomes assessment and survey. In addition to the anticipated long-term positive business outcomes, reported results included observed and immediate positive behavioral changes, enhanced effectiveness and application of learned skills.

Class members also reported a “multiplier effect,” the passing on of learning to others so they could benefit from some of the knowledge gained in the class without having to actually participate. Due to the success of this first group and the extremely positive feedback that the organizers’ received, Intuit will now begin a roll-out through the remaining 350 people in the manager population.

A handful of participants were randomly selected to be interviewed about their program experience and the results that they’d observed back on the job. Here are some of their stories:

Catherine’s story exemplifies how learning to draw out the internal greatness of her team has created a strong positive impact on development and engagement. Catherine used this approach to better understand how she could more successfully engage her team in greater responsibility, thus allowing her to use her own time to be more strategic and provide meaningful, engaging stretch assignments to her people.

In addition to leveraging this new tactic to managing her team, she also approached her team with more transparency in terms of her own strengths and developmental opportunities. She felt that this empowering approach increased the trust level of her group toward her as a leader. Ample research suggests that trust in your leader is one of the greatest drivers of engagement, but Catherine found another byproduct as well. She believes that by leveraging multiple tactics learned in NME, she has helped build a more change-resilient team.

Pre-NME, change was painful and translated into lost productivity and lack of engagement. However, as she has worked to match her people with projects that tap into their inner greatness, change has become an opportunity to shine and to make a positive contribution.

Rick, at first, was resistant to going to the NME class because he had 20 years of experience. In spite of that, he emerged with a positive feeling. While he initially mentioned that his most meaningful takeaway involved delegation, he also cited several examples of times he was able to leverage the SBI feedback model, and that he was pleased that he had it in his toolkit.

He gave the example of a feedback session that he had with a team member who had behaved unprofessionally on a conference call. This behavior was noted by the team member’s peers, and Rick felt that this would be the perfect moment to apply his SBI learning. As a result of the subsequent feedback session, the team member in question changed his behavior after first denying that it took place. Rick was pleased with the outcome, given the fact that SBI was shown to be useful even in a remote management situation, and that the desired outcome was also noted by this employee’s peers. These skills learned in NME had a direct, positive effect and outcome in this performance-management discussion.

Nag reported that he has applied many of the behaviors learned at NME to enhance the performance of his team. He cited the training as the reason for his improvement at giving and receiving feedback. Interestingly, he also said that he used what he learned to extract more meaningful feedback from his manager. His manager is highly supportive in helping Nag leverage the skills learned in class, and this support has brought positive outcomes.

Nag’s view is that this is a case in which having critical mass is starting to actually have an impact on the culture and that these leadership behaviors learned in class will continue to become more the norm. The alignment between the leadership behaviors and Intuit’s Values is a powerful combination.

Prior to attending NME, Reem reported that he would jump in to intervene when his team members were involved in disputes with other offices. After completing the class, Reem chose a strategy of coaching instead of intervening. He actually role-played the scenario with a team member to help the person better prepare for a constructive interaction with a manager in the central office where the conflict emerged.

Reem found that this coaching and prepping of his team member served to reduce conflict, provided a proactive resolution path for the issue, and reinforced the power of respect in dealing with colleagues in other offices.