The Age of Man-Machine Partnerships: Article by Peter Mulford in HR People+Strategy

Peter Mulford, Chief Innovation Officer at BTS, writes about the effects of technological advancements on today’s workplace in the following piece, The Age of Man-Machine Partnerships, originally published in HR People+Strategy. HR People+Strategy is a quarterly journal exploring modern theory, research, and practice in the field of human resources; the publication strives to consistently advance HR performance and lead organizational development and effectiveness. View the original publication of the article here. 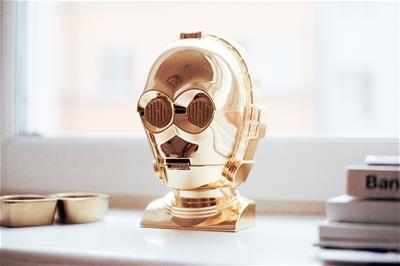 As both a consultant helping Fortune 100 firms manage innovation and a World Economic Forum alumnus, it’s easy for me to understand the enthusiasm for the idea that advances artificial intelligence, machine learning, and IoT (or what Klaus Schwab calls the Fourth Industrial Revolution). These technologies have had a dazzling impact on virtually every aspect of people’s lives, and it’s clear they will continue to do so. What’s less clear is that the Internet of People (IoP) will cause work and the organization to be “decoupled ” in a way that “organizations as the ‘home’ for talent will be at an end.” In fact, there is increasing evidence that the opposite may be true.

To begin, whether you call it the IoP or the on-demand economy (ODE) there is ample evidence to show that the number of employees and employers using per-project work is already big and getting bigger. The Aspen Institute found that 45.3 M (22 percent) of the U.S. population has participated in the ODE; LinkedIn has predicted that 43 percent of the U.S. workforce will freelance by 2020; employers surveyed by Burson-Marsteller reported increasingly using independent contractors for flexibility (90 percent) and cost-saving (86 percent). And so on. At first glance, the evidence seems clear: the IoP is on the rise, and it will bring benefits to both employees and employers.

But, look more deeply, and there are three potential problems with this narrative. The first is that it assumes that a majority of workers want to be decoupled from organizations. A growing body of research suggests that employees see purpose as a way to bring meaning to their work and to grasp the contributions they are making to society, and this is something they increasingly expect to get from their firm: a recent study by Gallup found that, to be fully engaged, employees need to find meaning in their daily work. PwC found that “purpose is also top of mind for employees across multiple generations and levels.” When organizations are at their best – which is not as often as they could be – they provide this sense of purpose. But where does one find purpose in a TaskRabbit IoP world where workers move from project to project? True, one could argue people enjoy tasks for the love of the task (read Marcus Aurelius) or that flexibility in work will serve a tangential purpose (consider, for example, caregivers looking for part-time work during set hours). But for the majority of workers, it is unclear how the ODE will fulfill the human sense of purpose and connectedness that comes from being part of an organization whose mission exceeds the sum of its tasks.

The second problem is that the assertion that the IoP will “create opportunities for growth and security” isn’t supported by the data. In fact, the opposite seems to be true. While participation in the ODE is up in America, income inequality is at the worst it has been since 1923. Moreover, 68 percent of ODE employees surveyed feel they do not have the same financial safety net as full-time workers. Elsewhere in the world, things don’t look much better. Despite advances in the IoP, the top 10 percent of best paid employees still make 25.5 percent of total wages in Europe, 35 percent in Brazil, 42.7 percent in India.

The third problem with this narrative affects employers. While the short-term cost savings for a firm in an IoP world are clear, less clear are the longer-term strategic implications of employee decoupling. Here’s why: one of the crucial insights from Michael Porter’s work on strategy is that competitive advantage derives from the unique combination of activities that allows a firm to deliver a distinctive value proposition. Like any high-performing team, firms therefore depend upon a diversity of talent that work together as a team for their success, not on crowdsourcing tasks to the lowest qualified bidder. (It’s also interesting to note that in the same Future of Work initiative cited above, 58 percent of employers surveyed said full-time hires are better for their company, despite the costs, because they provide more value over the long term.) The IoP model might be cost saving for non-essential tasks, but it seems unlikely to replace the organization as the “home” for a team of high-performing talent determined to compete, and win, in a hyper competitive world.

Rather than decouple workers from their firms, advancements in technology might instead create the opportunities – and incentives – for firms to invest in developing deep man-machine partnerships at the enterprise level, and at scale. In many places this is already happening, As Gideon Lewis-Kraus recently noted, “The most important thing happening in Silicon Valley right now is not disruption. Rather, it’s institution-building – and the consolidation of power – on a scale and at a pace that are both probably unprecedented in human history.”