10 Reasons Why Your Team Isn't Working

Teamflow Part 2: What Happens When You Don’t Have Teamflow, and Why 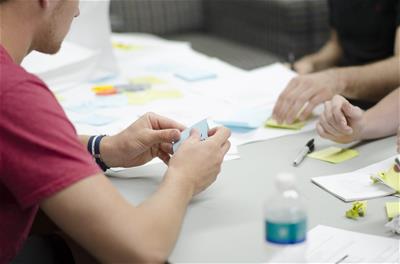 Now that we’ve identified what happens when teams don’t have teamflow, we need to examine why it happens and how it impacts the organization as a whole. Here are the 10 “derailers,” or reasons why teams lack flow:

2. Lack of Trust – The team does not take time to build trust and psychological safety
Authentic trust within a team is necessary for enabling team members to fully contribute. Without the ability to be vulnerable, leaders are silenced from voicing new, creative, innovative, and even provocative solutions to problems.

4. Inflated Size – The team has grown too big
The size of the team matters much more than you think, and allowing more people to join the leadership team “to be nice” or “the more the merrier” is not an effective strategy. Too many people putting in their two cents make it more difficult to make decisions, not easier.

5. Meeting Soup – The team lacks discipline in meetings
Mixing tactical and strategic issues into the same meeting muddles structure and prevents effective decision-making and prevents the team to deeply discuss the strategic issues that mean the most for the organization’s long-term success.

6. Lack of Focus – The group does not prioritize their efforts
If everything is important, nothing is. When the scope of the team’s prioritizations becomes too many, it is impossible to achieve its purpose because there isn’t enough focus on what really needs to happen.

7. No Reflection – The group does not spend time reflecting on how they function as a team
Not taking the time to look back on what has happened and review successes or failures prevents leadership teams from learning from their mistakes or understanding why goals were or were not achieved.

8. Weak Presence – The group is not invested in being mentally checked in during meetings
Permitting the use of cellphones and computers during meetings allows leaders to become distracted, even if they intend to stay focused. Eliminating these distractions promotes engagement, active participation and energy.

10. Loyalty Confusion – The leaders are unable to see the big picture
This derailer is the most important. In this case, leaders in the group are acting as representatives rather than team members. Failure to act as with the best interest of the team and the organization you serve is a recipe for failure.

In my work, I have observed these 10 derailers in various combinations – which is largely inevitable, as derailers are highly interdependent. For example, at one insurance company whose leaders assured me that they had a clear purpose (the lack of which is derailer #1), I asked all of the leaders to write down the team’s purpose on a Post-It note. However, when I asked them to put all the Post-Its up on the wall, everyone was nervous. Their answers weren’t all the same. It was clear that they were not completely aligned. If everyone had actually known the team’s purpose, all their answers would have been the same.

In another case, a global construction company was burdened with innumerable meetings – all boring, ineffective, and a waste of time. The meetings were long and ineffective because leaders were not focused and spent a lot of time on their phones or computers rather than honing in on the issues at hand. This organization exemplified three derailers: Meeting Soup, Lack of Focus, and Weak Presence (derailers #5, #6, and #8). Altering the structure and securing the focus of all of the leaders, both in terms of alignment to the team purpose and to the meeting were essential for overcoming this issue.

In another leadership team at the insurance organization, the leadership team was 15 people. The group was so large that even the members of the group didn’t know exactly how many people were a part of it. The group size had exploded because the leader lacked the courage to make politically uncomfortable decisions and say “no” to people who felt they should be on the team. Instead, they said, “it couldn’t hurt if so-and-so joined,” and the group kept expanding. With this many people, and the lack of knowledge of exactly who was a part of the leadership team, making decisions was impossible. Derailer #4, Inflated Size, was the culprit of this leadership team’s inability to function in an effective way.

These scenarios demonstrate how easily the 10 derailers of leadership teams can exist within organizations. In any combination, they create a dysfunctional group of leaders who can’t make decisions or get anything done – hugely problematic for an organization. In the final part of the series, I will discuss my top 5 tips for overcoming a dysfunctional group of leaders to create a successful leadership team.