Does Great Leadership Look the Same Across Companies?

Countless articles are published every year detailing the set of skills leaders need in order to be great in business. But is it prudent to assume that great leadership looks the same in every company? 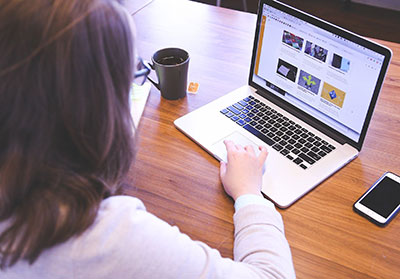 Based on our research studying thousands of leaders from different companies, it is clear that the best leaders do not show up on the job in the same way. While all great leaders are purpose driven and share a productive mindset that others choose to follow, the application of these mindsets in the form of behaviors is deeply contextual. Company culture plays a major role in determining the ultimate success of the leader and there is no universal secret to great leadership – it varies across companies.

What is company culture?

Understanding the impact of company culture is paramount to being a great leader. In its simplest form, culture is the heart of every company. It’s the core. Defined as the set of norms that have developed over time to help an organization achieve its vision and purpose, company culture provides the signature rhythm of working that governs how employees can perform best on a daily basis. It is this rhythm that employees need to understand and internalize to be able to fit in, thrive and add value.

How powerful is company culture?

Simply put, it’s powerful. If a leader’s behavior is incompatible with the norms of the company culture, they will fail regardless of the leadership skills they bring to the table. Bad culture fit will always trump job fit because it represents a misalignment with the company’s core. Successful leaders repeatedly move from one company to another, even within the same industry, yet fail because they rely on the same leadership style they used in their former company. Their failure is often the result of their inability to learn and adapt their leadership style to a new culture.

Not at all. While not identical, there are some common skills that great leaders share across companies. Common skills include those that focus on both business leadership (e.g., business acumen, strategic insight, decision making) and people leadership (e.g., communication, influence, talent development). However, the way the skills show up on the job can be vastly different, even when two companies share identical leadership skill frameworks. This is because the company culture defines what great execution of those skills looks like in each organization.

How can the same leadership skills show up differently in separate companies?

Let’s use decision making as an example. While the way a leader makes a great decision may seem fundamentally universal, this process can differ depending on the culture of the organization. In a culture that strongly values collaboration, decisions are made largely based on collective input and agreement from colleagues. Leaders working in a collaborative culture must rely on how they communicate, facilitate, influence and build consensus to reach a final decision.

While a collaborative style of decision making works well in inclusive cultures, it doesn’t work for leaders working in an entrepreneurial culture, where the speed of the decision is valued more than group input. Leaders who thrive in these fast-paced cultures often must make decisions by themselves or without full data. Scenarios like this are true for all leadership skills that share the same title but are distinct in terms of how they play out in a particular context. In essence, the names of leadership skills tend to mask uniqueness of what they truly look like in the real world.

The internet boasts a plethora of articles by both the academic and popular press defining the core skills that make a great leader. While these articles might not be entirely wrong, they have overemphasized identifying a list of required leadership skills and underemphasized the impact company culture has on what these skills actually look like in the form of behaviors on the job. Company culture shows itself at the behavioral level, so great leadership must be defined in terms of behaviors to truly codify what success looks like in each distinctive context.

There has been little debate about the uniqueness of company culture, but widespread agreement about the skills needed for great leadership. This paradox is the reason why many great leaders fail. For any leader to be successful, it is paramount that they understand the importance of company culture and the behaviors required to be successful in a new context as they transition between companies.